Whenever a Mozilla employee or contributor pushes a build to a server, they go to the Treeherder interface to see and inspect the results of their build. The TaskCluster team decided to come up with a “developer-focused” interface and was later called Task Group Inspector. 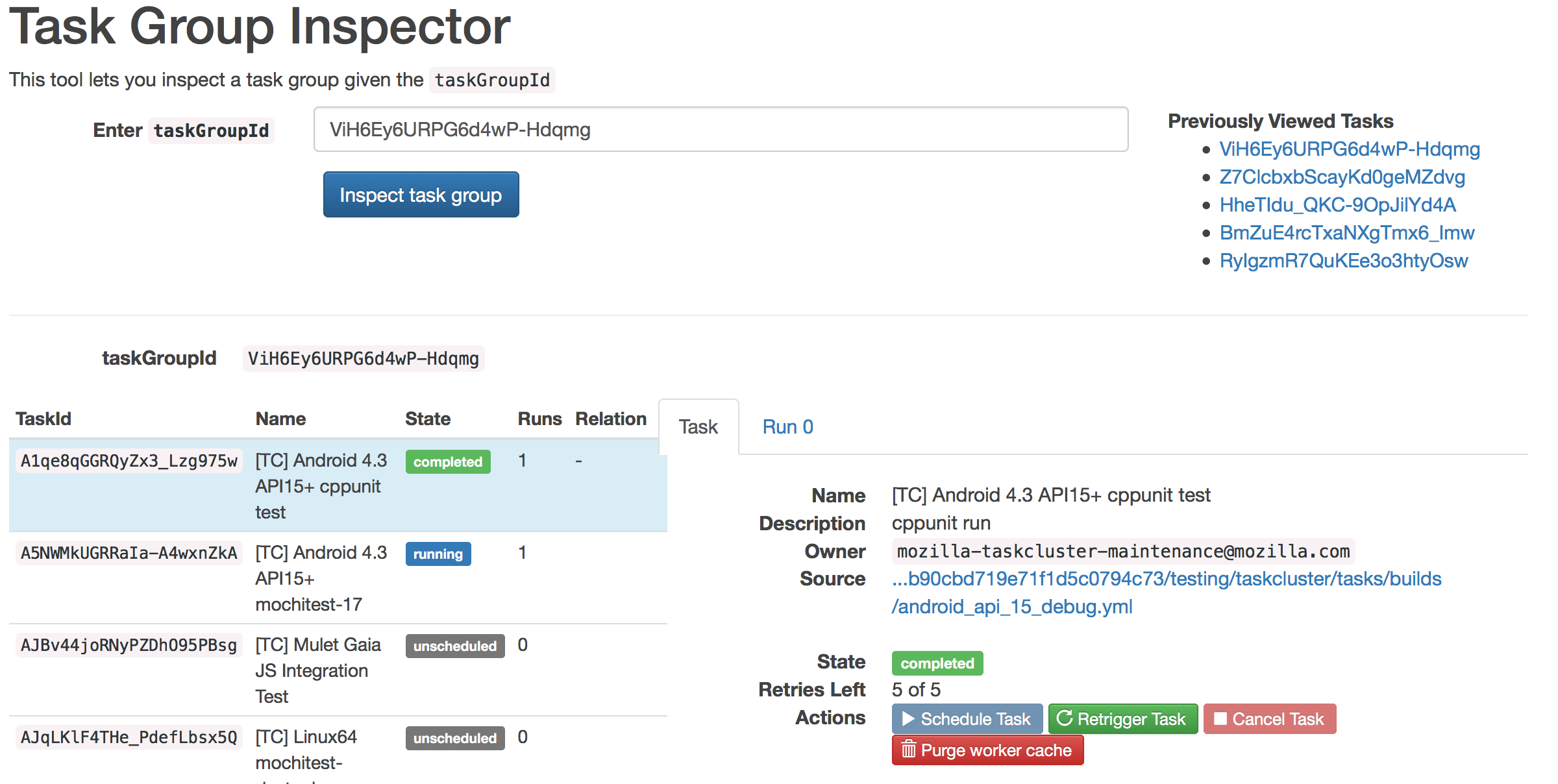 The Inspector does a decent job inspecting a build, however it’s still missing some important features.

These missing features gave rise to Push Inspector, a tool that brings inspecting task groups to another level. What makes it special is that it resolves all of the features discussed above.

Push Inspector is a react project written from scratch, removing all limitations of Task Group Inspector. From a technological point of view, Push Inspector uses React Redux to maintain a store and seperate the data from the presentation layer. It also keeps the UI sync with the URL using the famous routing library React-Router. It provides a progress bar as data visualization, showing the states of all tasks in an orderly fashion. Filtering the list of tasks can be done by clicking on one of the status colors in the progress bar. Last but not least, Push Inspector updates the list of tasks in real time. Below are 2 videos showing you realtime updates and interaction with the dashboard.

Where are we at with the new interface?

Most of the functionalities are implemented and I pushed the first pull request of Push Inspector. Once that is done, some time will be spent fixing the UI and probably add the option of receiving push notifications when a test fails or when a build is done. More updates to come soon.